8 Most Iconic Women Perfumes According to Justine Lecon

A perfume is not just an addition to your dressing, it is a signature that identifies and announces your uniqueness. Over the years, many perfumes, cosmetics, and fashion brands have released one signature scent or the other. Some have been bestsellers, some shined in the spotlight until the next perfume release, while others only made a few sales before they were forgotten.

In her review of The 8 Most Iconic Women Perfume of all Time, Justine Lecon time-travels to bring us the unforgettable scents of the 20th Century. She also gives upcoming and existing perfume brands tips on creating remarkable, iconic, and bestselling scents.

8 Most Iconic Women Perfumes According to Justine Lecon

Some perfumes are iconic, timeless, so desirable, and desired but some are already doomed from the beginning. According to Justine, below are 8 of the most iconic women’s perfumes that have stood the test of time, yet remained many women’s favorites.

Created in 1921, this timeless perfume paved the way for the common theme of perfumery fashion created by fashion houses as we have it today. In a world where fashion was totally separate from the art of scents, the Chanel Fashion house broke the pattern by enlisting a master perfumer to create Chanel N° 5, a rare, luxurious, complex, and long-lasting scent that is distinct yet has components that are difficult to identify.

In a time when people mostly used cologne, which was basically flower-scented water and 3 major flowers namely Jasmine, Roses, and Mandarin, Justine affirmed that Chanel N° 5 was a welcome innovation.

According to Justine, beyond the genius of the scent itself, the simplicity and uniqueness of the perfume’s name came from Chanel’s final selection from a wide range of samples, which was sample 5 and her lucky number. The perfume enjoyed so much publicity, but did not become an extremely popular bestseller until Marilyn Monroe mentioned in a 1952 interview by Life Magazine that she wears “just a few drops of Chanel N° 5 to bed”.

Justine said that although it has undergone several bottle changes, and Chanel has created other perfume types, Chanel N° 5 has remained the Olympe of the fragrance world and the most sold perfume of all time. 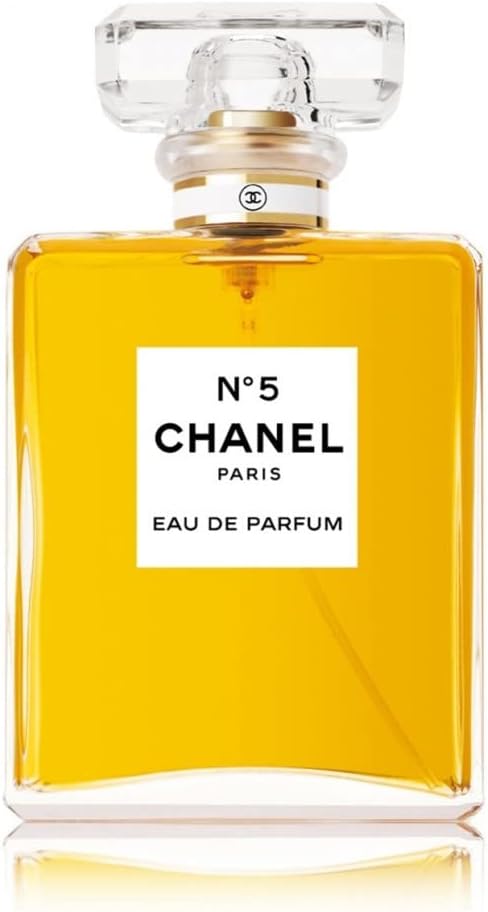 Named after the gardens in India, this unique perfume was created in 1925, just a few years after Chanel N°5 was created. Like Chanel N°5, Shalimar has a signature powdery and heavy scent with a note of vanilla that distinguishes the wearer.

Justine described Shalimar as the epitome of a woman in love and loved as against Chanel N°5 which epitomizes a powerful woman. If a woman wants to feel special and loved, she would probably go for Shalimar which has been constantly promoted by the sexy goddess of screen media, Brigitte Bardot. 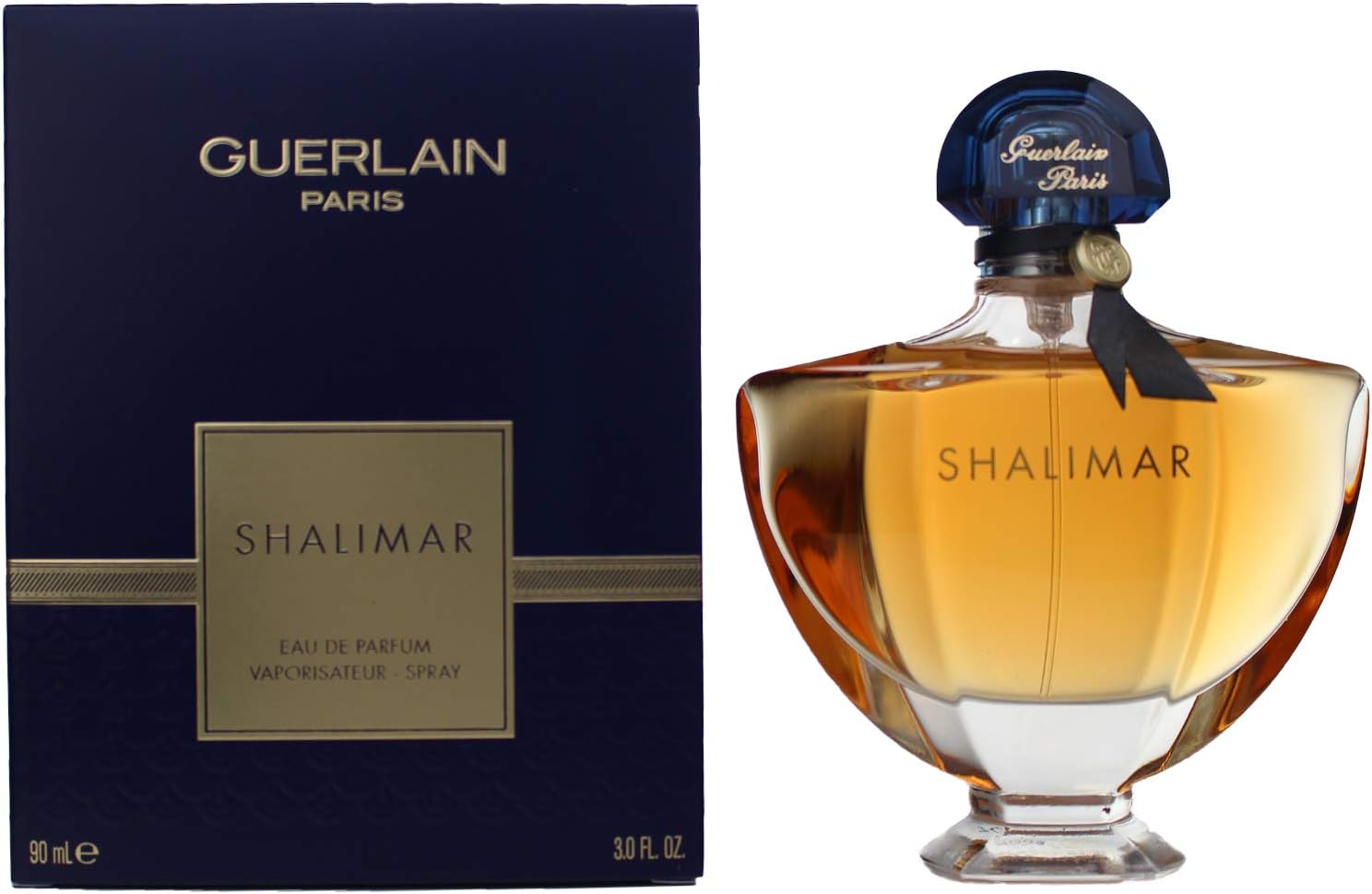 Nina Ricci is another fashion house owner who followed after the innovative breakthrough of fashion houses joining the perfumery world, and in 1948, she created her own iconic scent L’air du Temps.

Justine mentioned that what made this fragrance outstanding was that it was created just after World War II when people were trying to settle back into normalcy. The light, airy yet sweet floral notes of this perfume was just the fresh scent of hope that people, especially women, at that time needed.

The bottle cap is a dove that is symbolic of the peace that many were happy to enjoy post-war. The themes of this fragrance also matched the airy, youthful and feminine fashion pieces that Nina Ricci’s fashion house created at the time.

The combination of great fashion pieces and fragrances by Nina Ricci represented the zeitgeist (spirit or common theme) of the time but also inspires a feeling of being uplifted in women decades after it was first created. 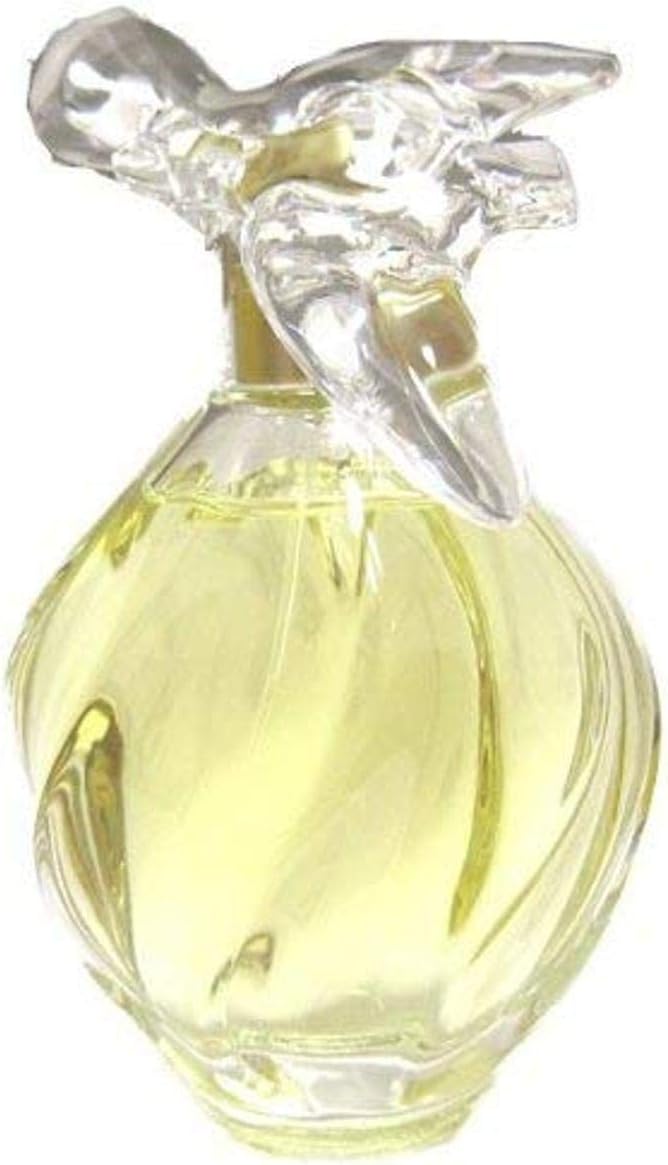 Justine described this fragrance as seductive, irresistible, and intoxicating. Created in 1977 by Yves Saint Laurent, the YSL Opium also followed the zeitgeist of the late 20th century where the idea of feeling youthful and having unrestricted fun was common.

With its citric and floral top notes and deeper notes of Sandalwood incense and Patchouli, it is hard to ignore a woman wearing YSL Opium.

The fragrance name is a clear indication of the brand’s goal, and the bottle which was fashioned to look like an inro, a small Japanese bottle containing herbs, perfume, or even opium and worn under women’s kimonos, suggests the addictive theme of the product and the scandalous nature of the brand owner Yves Saint Laurent.

The brand has since created lighter versions of this perfume such as the modernized bestselling Black Opium with floral top notes and deeper notes of coffee, but if your goal is to dazzle and attract attention, the YSL Opium is your go-to perfume. 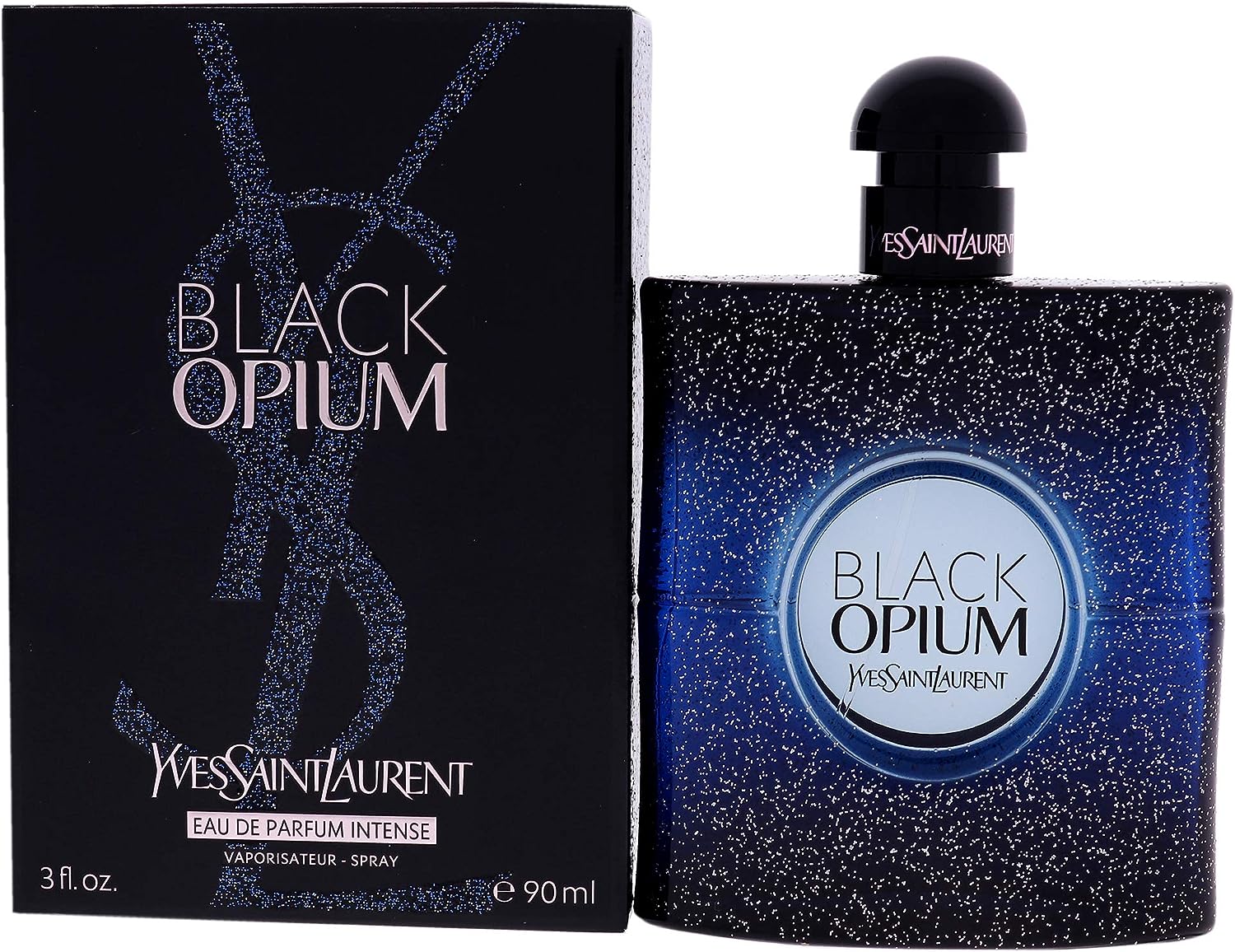 For this fragrance, Justine said “the sentence, ‘tastes delicious’ has never been more true”. This is another innovative scent, an early 90s breakthrough in the fragrance world that smells like food.

Its top notes are chocolate and sugar, two complex notes that are hard to blend. Rumor has it that Thierry had to go through 600 samples before getting the perfect scent, which explains why the perfume cost a lot per drop. Women with sweet tooth will be addicted to this well-prepared product. 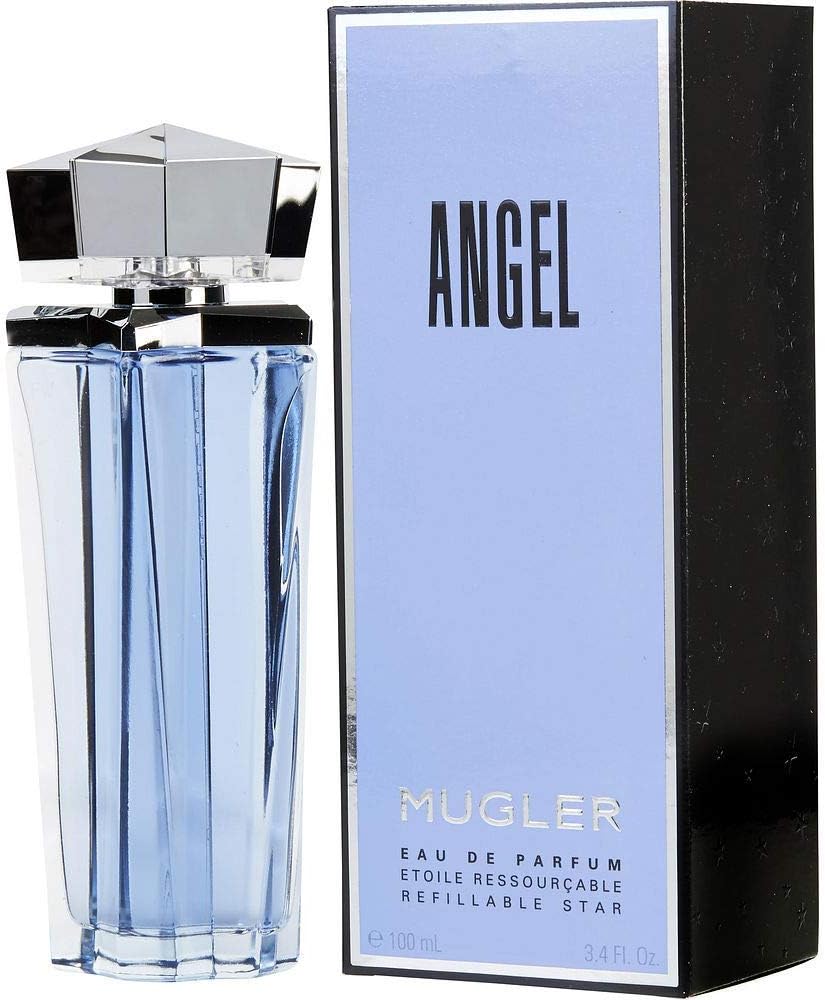 As the first gender-neutral fragrance, CK One paved the way for most gender-neutral fashion statements and pieces as we have them today. With components such as bergamot, pineapple, cardamom and papaya, and jasmine, this fragrance is fresh and citric, making it possible for both all genders to wear it.

If you are looking for fresh, playful, and not too sticky, CK One is the perfume for you. Justine described this fragrance as “the smell of the nineties, it’s a decade in a bottle yet timeless”. 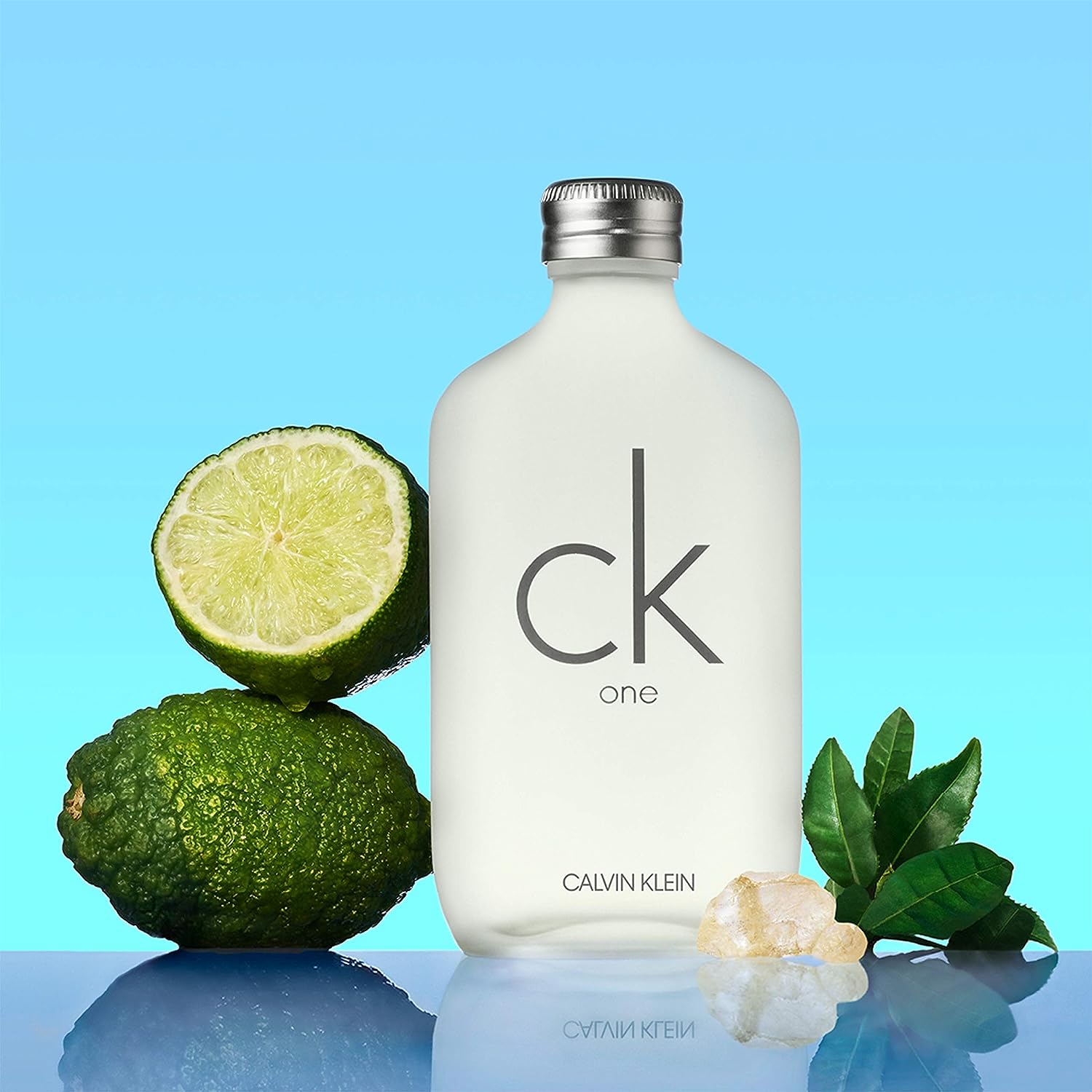 According to Justine, this fragrance, which was created on the cusp of a new century/decade and ended the nineties, was mostly remarkable for its symbolism. Charlize Theron was the face of the fragrance marketing campaign, which was significant because Charlize represented the dream of every woman to be sexy, confident, and assertive.

Justine further mentioned that this fragrance with light fruity notes of pear, melon, mandarin, and peach reminds one of summer and warm days, inspiring positivity in the wearer. 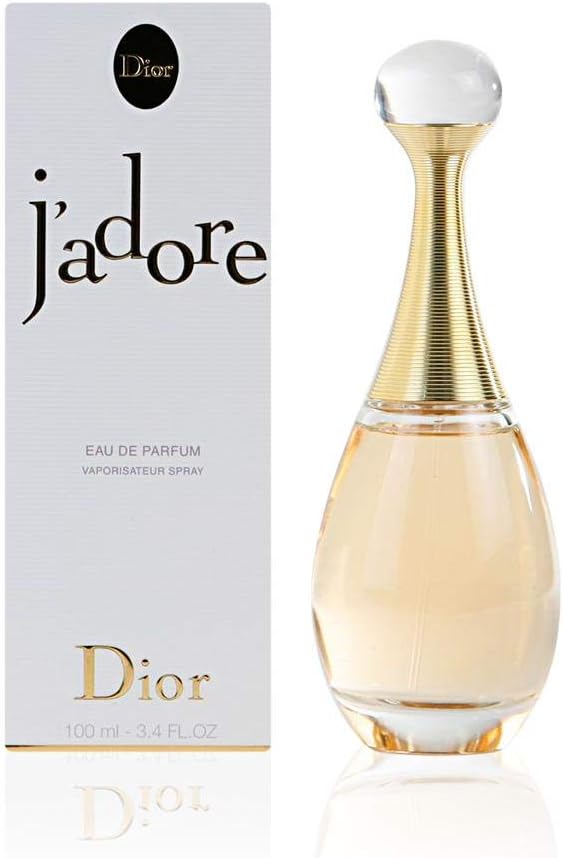 Justine called this perfume “a luxurious explosion; a flowery bouquet that you put your face and nose in”. With a diamond-fashioned bottle and light notes of tea and bergamot, this perfume screams modern femininity and is easy to wear.

According to Justine, no other flowery fragrance had been that good since Nina Ricci L’air du temps and none has come close to this modern yet iconic scent in the last decade and a half. 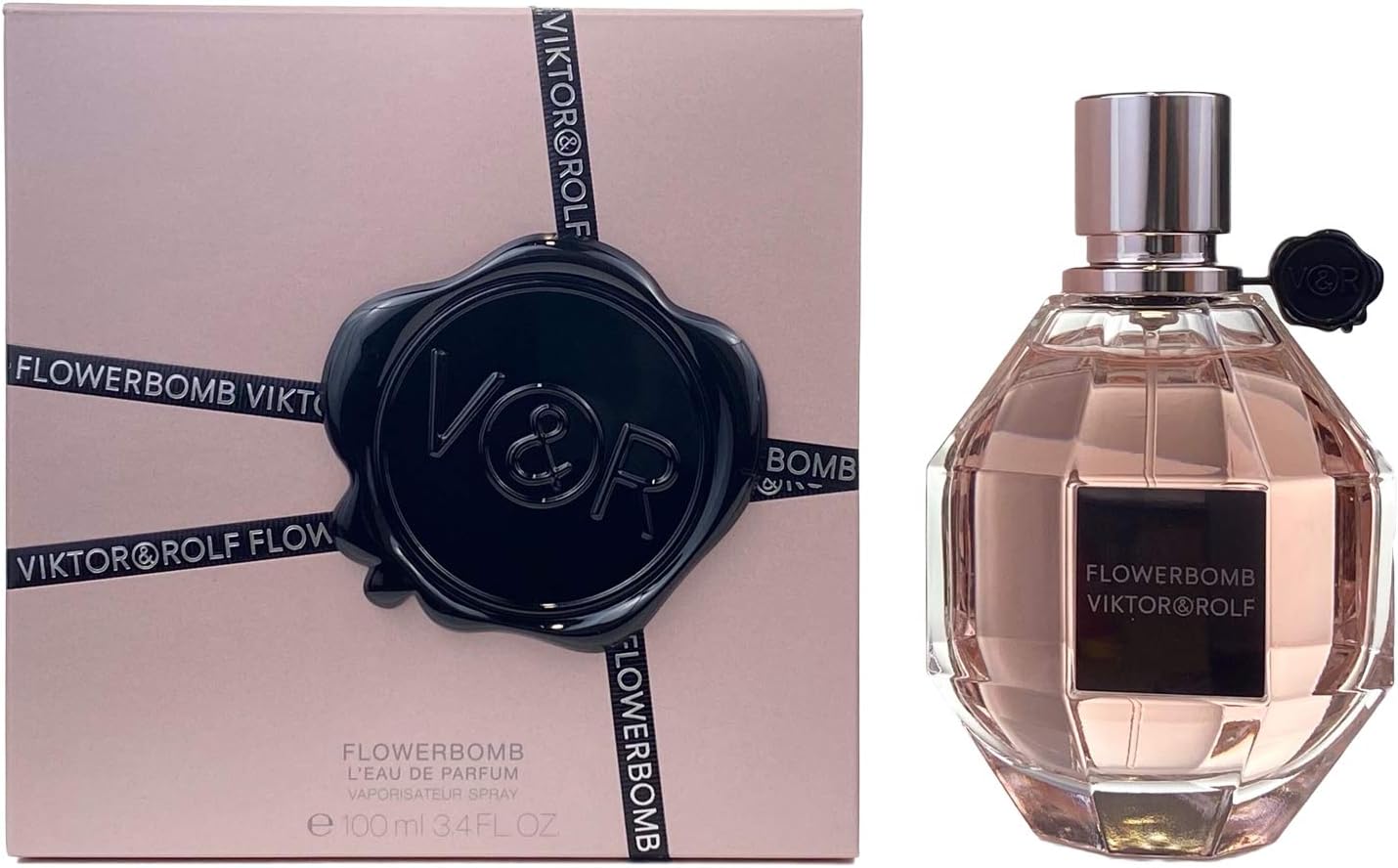 Influencers tagged in the story: 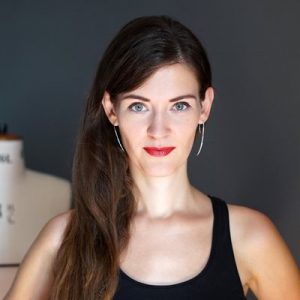 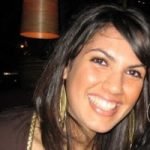 Sashena (Sash) is a netflix-bing watcher and an avid traveler. She is always dreaming about her next beach holiday where she can sip a glass of rose by the beach. She is always interested in new discovering new products which she loves sharing with you all. 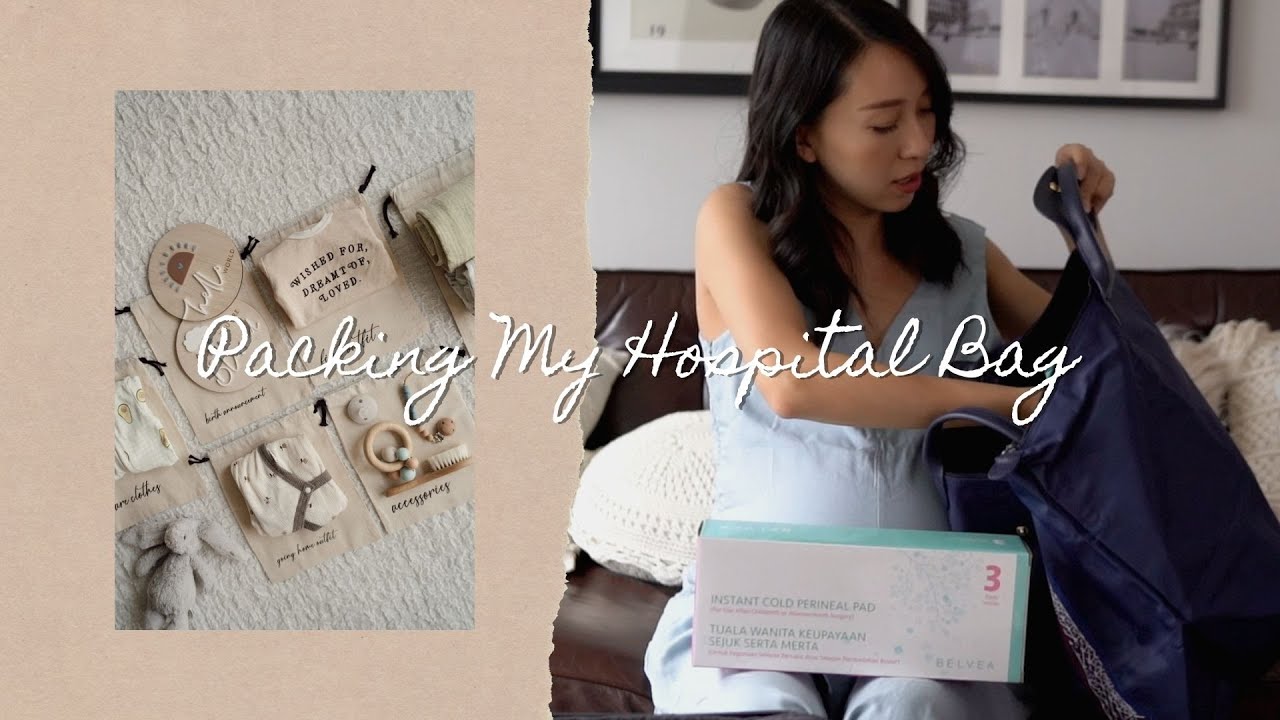 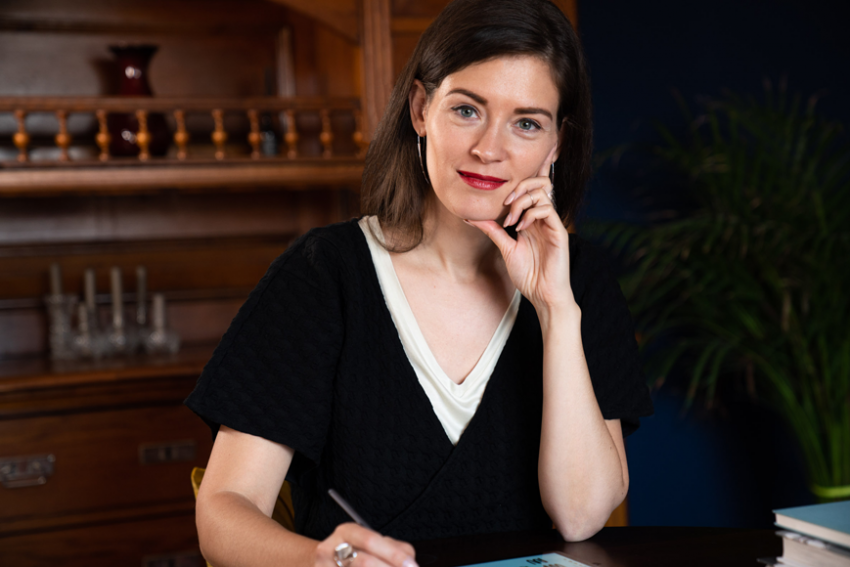 8 Most Iconic Women Perfumes According To Justine Lecon 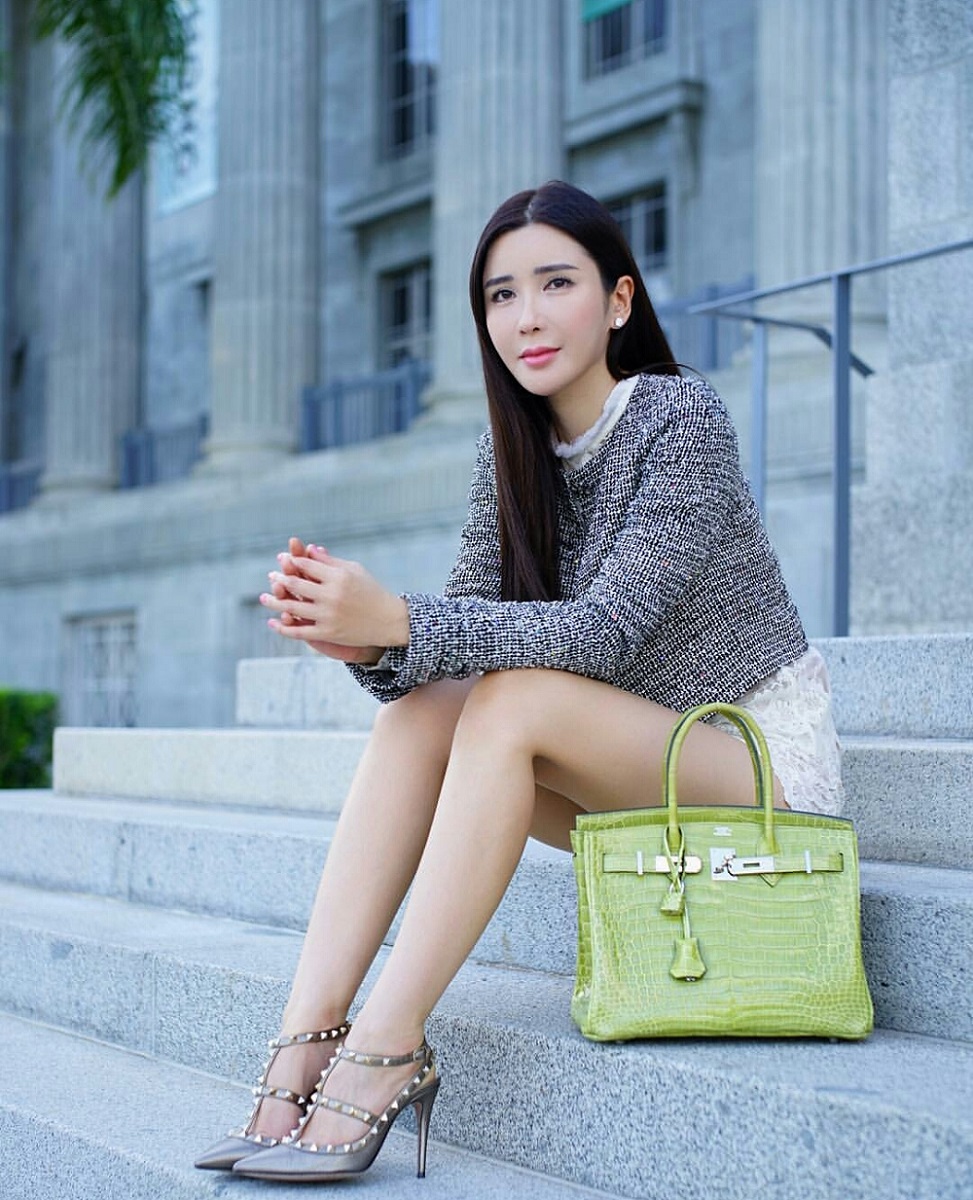 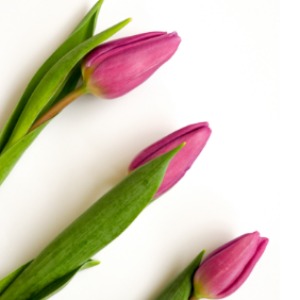 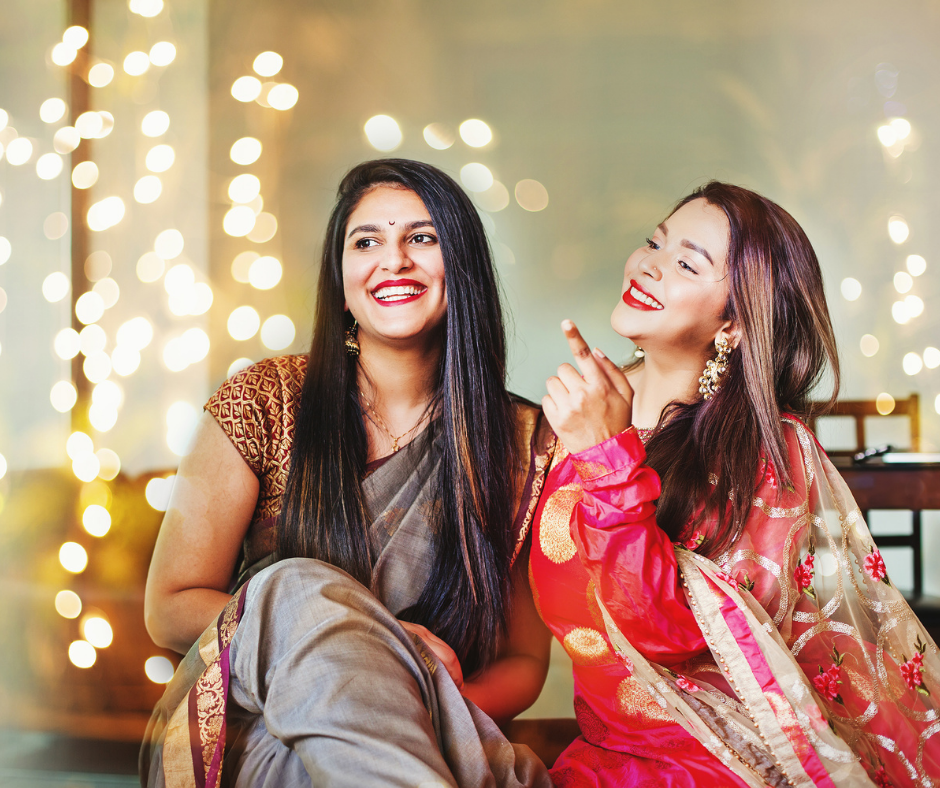 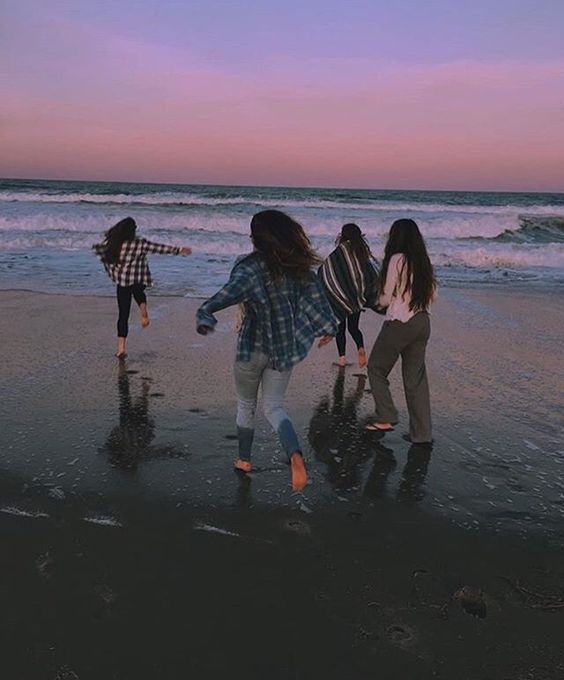