Wedding Day is an important event for any couple's life, because it brings together relatives and friends to celebrate the joy and happiness of the couple.

Wedding anniversaries are therefore excellent opportunities to celebrate love between two people; fostering the joy they both derive from each other's company, in spite of the endless trials and tribulations that come with the marital journey.

In many cultures, wedding anniversaries are regarded as very important occasions, and they are widely celebrated in significant and meaningful ways.

Couples are once again reminded of their spiritual and physical commitment to each other, and much effort usually goes into sourcing for the perfect anniversary gift which will be meaningful and symbolic for the happy couple.

Sure, finding the right gifts for couples during their early years of marriage can be relatively simple (since they still need a lot of the home making essentials), but later on in their marriage, coming up with an appropriate anniversary gift idea which will be treasured and appreciated is more difficult.

How it All Began

Gift-giving to commemorate wedding anniversaries can be traced back to the medieval times.

In ancient Rome, husbands would present their wives with garlands of silver to signify their 25th anniversary together, and golden wreaths when they attained the 50 year marriage landmark.

The custom really gained footing during the early years of the 20th century with both the modern and traditional gift lists becoming properly documented and adhered to in the US, UK, and other places in Europe.

What are the Anniversary Themes for Each Year? – Gemstones, Colors and Flowers

The modern and traditional anniversary gift themes are very popular and followed, dictating the universal theme for anniversaries by year.

A few of these anniversary gift themes have been modified over several thousands of years.

In addition to modern and traditional anniversary gifts, there are also wedding anniversary colors, flowers, gemstones and jewelry linked with each year, that can act as a guide for selecting your gift and assist you in planning for anniversary celebrations.

The rose however, is usually considered as the perfect substitute gift for any anniversary; especially if the woman in question adores roses, and its shade can often be selected to match with the color connected to the anniversary being celebrated. Find all the best florist in Singapore that deliver online

We have included a table in this guide detailing all the contemporary and traditional themes linked with every anniversary year.

The best anniversary gift ideas do not have to be extravagant or expensive, but they have to be meaningful.

Each symbol chosen to represent a wedding anniversary year offers deeper meaning for a couple's relationship.

Many believe these symbols were selected to attract good fortune, while there are others who argue that they depict the strength of the union, especially since the first anniversary is connected to paper while the 60th is diamond.

You can wow your spouse with a heartfelt gift which has a secret message that only both of you share.

Surprise another couple or your parents with a gift they will cherish and remember for many years.

While we have listed some definitive rules to selecting anniversary gifts for couples, you can also clue in on the tastes of the recipient and opt for a gift idea they are going to cherish.

In the table above, you will notice that beyond 20 years, there are no traditional gifts connected with each marital year; however, each year before the 30th year of marriage has a modern theme.

This indicates the need for married couples to commit to sustaining their romance as they advance through married life.

Some years also don’t have floral symbols, gemstones or color associated with them. At Hoppingo, however, we have useful gift suggestions for each wedding anniversary year.

Join our inner circle to get the ultimate birthday gift guide in your mailbox.

If you have any suggestions, please inbox us at hello@hoppingo.com 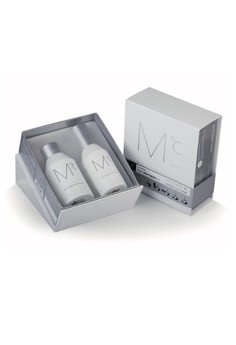 FRESH TRENDING PRODUCTS IN YOUR INBOX: